Opinion on the taxation of the digital economy 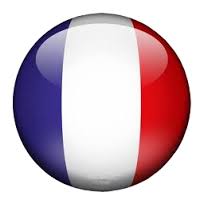 The Conseil National du Numérique (French Digital Council) delivered its conclusions on the taxation of the digital economy to Fleur PELLERIN, Delegated Minister to the Small and Medium-Sized Companies, to the Innovation and to the Digital Economy, as well as to Bernard CAZENEUVE, Delegated Minister charged of the Budget.

Voted by the members of the CNNum, the opinion is accompanied by a report containing a restitution of the concertation organized since the month of March, piloted by Godefroy BEAUVALLET, Vice-President of the CNNum, organized around contributive meetings, gathering more than 120 people, with among them elected officials, directors of companies and startups, professional federations, lawyers, independent administrative authorities, administration, experts and researchers.

At the end of this work, the CNNum voted an opinion with the following recommendations:

According to Godefroy BEAUVALLET, "the international negotiation is running between a side wanting to bring down the advanced social models in place during the digital transformation, and another side searching to reinvent them while preserving their amibition." In particular, the Council doesn't recommend the creation of a sectorial national tax, that could penalize the French ecosystem and to hinder the French position in international negotiations.

If the struggle against tax avoidance of multinational corporations stays a priority, and that it should be started by multiplied controls, the Council urges to solve these stakes by starting a work at the infra-european scale, so that France determines, with its European homologues, a fiscal frame adapted to the digital transformation.

To do this, the Council especially recommends to mobilize the members of the European Union by calling "industrial and public economists, fiscalists and legals experts recognized at the international level."

As such, French ministers announced the organization of an international seminar on the subject in order to prepare the debates and decisions of the 24 and 25 October 2013 European Council dedicated to the digital.

[watch the video of the seminar]
According to Benoit THIEULIN, President of the CNNum, "beyond this, it is essential to forge alliances with countries that, like France, fought hard against aggressive tax avoidance, starting with the United Kingdom and Germany. The task is very large, but not as much as the one that brought the generalization of the French VAT model fourty years ago."

Each of the participants received a roadmap in which were shown questions related to the taxation of the digital economy to which they had to answer and to bring their own contribution: this contribution was a necessary condition for them to participate to the 3 meeting sessions organized by the Council.

They were carefully analyzed and allowed the CNNum to form a more complete picture of the different positions and present power relationships, with which he had to consider, identify the consensus but also the problems that got asked on a regular besis, and thus to build a better informed choice.

The roadmap is downloadable here (fra)

The concertation has been organized under the shape of 3 contributive Fridays, times of exchanges and of a collective thinking between the members of the Council's workgroup and external personalities chosen for their skills or their involvement on the subject.

The Council wanted to introduced an innovative method : it didn't wanted to conduct hearings, but rather a mode promoting exchange and thinking between stakeholders.

These various interventions preceding the workshops permitted to set a base on which people could rely. Concertations were organized under the shape of workshops: this division of the guests in several little groups permitted to divide the actors with similar interests in order to facilitate exchange and reflexion.

The structuring of the concertation in time was organized like an hourglass, by going first on a diagnosis, then focusing on the Collin Colin report and finally broaden on other prospective proposals to which the CNNum added its own researches (suggested reports in the contributions, lectures, international benchmark, past examples of tax establishments, etc.)

The Council thanks all the participants to this collective reflexion.

Space of restitution of the concertation phase:

This espace is enriched throughout the concertation process.

19 April session: problems and engaged actions at the international and european level

PDF version of the summary

17 May session: the proposals of Pierre Collin and Nicolas Colin following the expertise mission on the taxation of the digital economy

21 June session: the other proposals poured in the public debate